The Current State of Virtual Reality

Virtual Reality (VR) is a computer-generated environment with scenes and objects that appear to be real, making the user feel they are immersed in their surroundings. Chances are, you’ve heard of it before. Between the recent success of the Oculus 2 and Facebook’s pivot to Meta in order to push the Metaverse, VR technology is on its way to becoming an absolute force in the tech industry. In this blog, we will walk you through the history of VR. Then we’ll dive into Meta’s “quest” to revolutionize the industry. Let’s get started…

The History of VR

Virtual Reality is far from a new trend. In fact, it’s been around since the 90’s with the earliest attempt being then gaming giant, Sega with a brief demo at 1993 Consumer Electronics Show. The project was canned before its release. There were other competitors trying to cash in on VR early including Sony. The technology was not there yet. It wasn’t until a few decades later in 2012 when a small tech startup called Oculus emerged with a crowdfunded kickstarter campaign to create a high end VR headset with big names backing it. Id Software’s co-founder, John Carmack. endorsed the project and the fundraising campaign raised more than 10 times its original goal of $250,000. The oculus project released to consumers in 2016 to the tune of $599. Given the high price, sales were not exactly through the roof. Even though the Oculus wasn’t initially a gargantuan commercial success, it broke the VR Market wide open. Eventually new players entered the VR market including HTC and Sony.

Fast forward to today and VR is much less of a novelty. VR gaming headsets are becoming more popular. The progression of technology has allowed for lighter headset equipment, more computing power, and accessibility functions. The future of VR seems up for grabs. And no one seems more eager to grab all of it than Mark Zuckerberg. 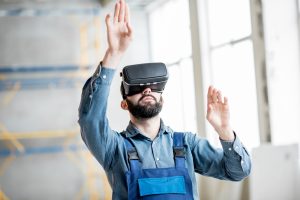 Meta’s Quest for a VR Revolution

The Meta Quest Pro was revealed on October 12th this year to very mixed reviews. For starters, the $1500 price tag is hefty enough to make even the most zealous early adopters a little squeamish. Though most VR plans revolve around gaming, Zuckerberg envisions the Meta Quest Pro as more of a business communication tool. He wants to replace Zoom meetings with VR meetings. He wants to position the Meta Quest as a B2B tool. Though these lofty goals have been met with scathing reviews:

“The problem is, the Quest Pro isn’t very good. It’s a device seemingly launched without plan or purpose, highlighting VR’s persistent drawbacks without making good use of its strengths — and topped off with some irredeemably bad software. We might be seeing a roadmap for where Meta is going, but right now, it’s not a particularly fun place to be. And if Meta lingers there much longer, its metaverse is in trouble” – Adi Robertson, The Verge

One of the main complaints about the new Meta Quest Pro is that it’s heavy and clunky and that the software is abysmal. Even the Meta employees who developed the product were iffy about it…

In a memo to employees from Meta’s VP of Metaverse, Vishal Shah, the executive wrote, “For many of us, we don’t spend that much time in Horizon and our dogfooding dashboards show this pretty clearly. Why is that? Why don’t we love the product we’ve built so much that we use it all the time? The simple truth is, if we don’t love it, how can we expect our users to love it?”

Vishal Shah raises a great question. If Meta employees don’t love it. How can they expect users to love it? The main pain points they need to work on is the disorientation that the headsets cause. Because of the weight of the headset and the nature of VR, many users have reported becoming nauseous after repeated use. This is definitely an issue that needs to be resolved before VR can truly take over. The next big hurdle is simply the price. The top barrier to VR adoption is that it’s too expensive, with 55% of survey respondents listing this as their hesitation.

The State of Virtual Reality

Just because Meta isn’t currently seeing high returns for their lofty investment in VR, doesn’t mean it can’t be a lucrative endeavor. In fact, Here are a few interesting statistics about VR technology…

With numbers like these, the future of VR is solidified. So what can we learn from Meta’s mistakes and triumphs? For one, VR needs more time in the oven. The technology needs to be at a place where the headsets can be offered at a more reasonable price. Not many are jumping at the idea of spending close to $2,000. Secondly, the software needs to be flexible so that there is a smooth transition between people using Zoom and people using Meta Quest. The ultimate goal would be to create a virtual workspace sophisticated enough to make up for some of the disadvantages of remote work. Imagine a space where you get to interact with your remote coworkers in a way that’s more engaging than a few questionable emojis and the occasional Zoom call. The future is bright for VR. The only real question is, how far into the future are we talking?