Should more of today’s workforce enter the freelance economy?

With many talented contributors to the US economy having been displaced through layoffs or furloughs, is the freelance economy getting a wave of new talent? Unemployment has reached over 30 million Americans and job seekers now have the choice to search for jobs at companies hiring in a down economy or consider freelancing with their skillset. 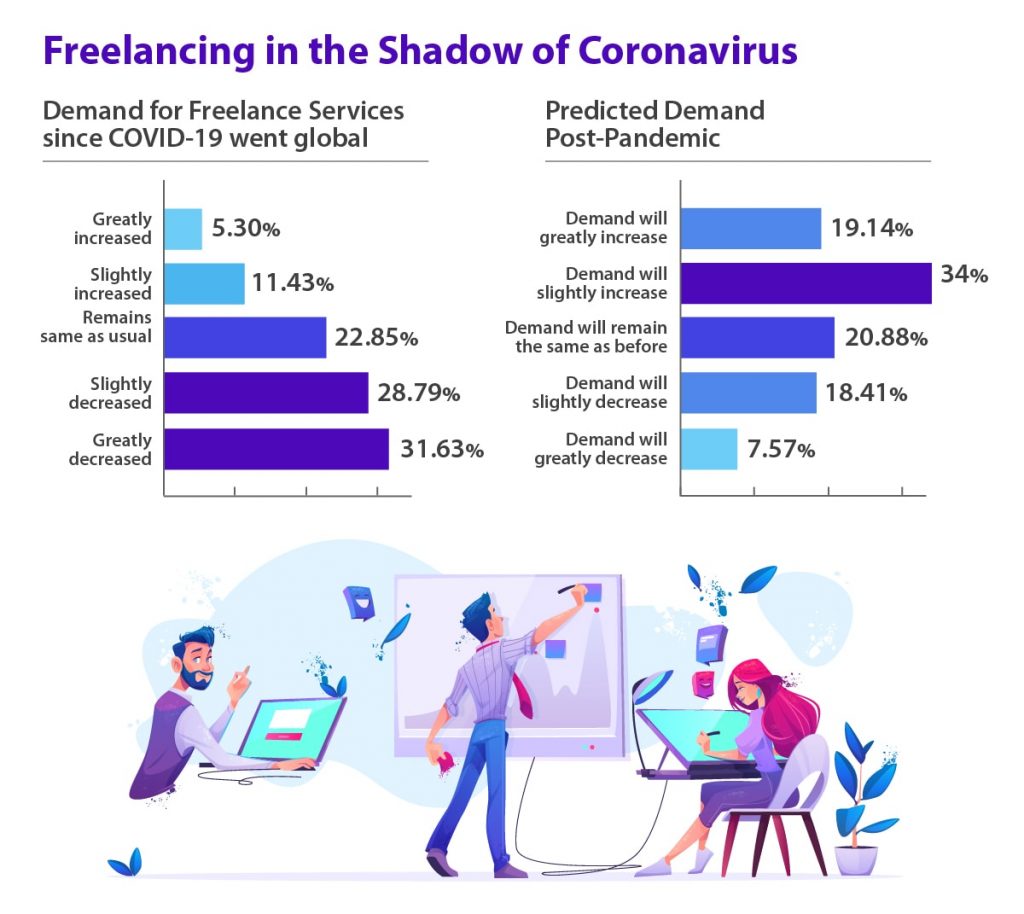 Being a freelancer comes with its benefits; the main benefit being having control over your own workload. Freelancing has become more and more popular every year.  In fact, 35% of Americans freelanced in 2019; this number was up 7% since 2013. The top advantages of freelancing consist of having flexible hours, having workload control, being your own boss, getting national exposure, having control over income, having good work-life balance, and gaining new connections to lead you to new opportunities.

People have enjoyed the benefits of freelancing so much that the number of full time freelancers in the United States is up 17% from 2014.  Today, about 28% of American full-time workers are freelancers.

The question really lies in which is riskier… relying on a paycheck that could disappear due to unforeseen global events or trying your hand in the more entrepreneurial gig economy. Gig workers can build lucrative careers but usually this takes investment of time, networking and effective results for clients. Getting a check from an employer is more steady and appears safer while becoming a freelancer is a path of less certainty. But is a steady paycheck as “safe” anymore as it once seemed?

Freelancing During a Pandemic

Being a freelancer is a great career to have or a great career to fall back on when you become unemployed or need extra cash.  Freelancers have found that since they have multiple sources of income they find themselves more economically stable.  65% of freelancers believe that having a diversified portfolio of income is more secure than having income come from one employer.  Being a freelancer during a time of a pandemic is a great option because the demand for your talent most likely has increased.  Here are some great tips for being a successful freelancer during a pandemic: